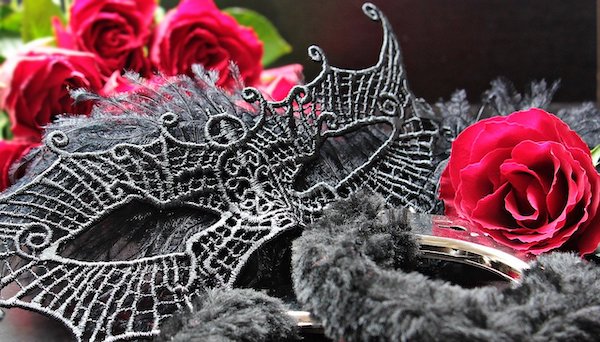 Here’s a link incase you missed it the first time around.Blackout-party

A Party with a difference

A number of months ago and in the throws of massaging a client of mine and of many years, a conversation arose about the infamous Blackout Party.

This client was telling me about the type of Blackout Party he was invited to and it seems it’s a little different from my previous post.

It was the Christmas previous to Covid when my client was asked by a friend of his if he would like to attend a party with a difference. The friend explained it was strictly by invitation and at a price of £800. His attire would need to be black-tie, fancy masks to be worn were optional and the venue was London.

Intrigued and after giving it some thought, my client accepted the terms of the invite and eagerly paid the requested sum.

The time had arrived, suited and booted and somewhat anxious, they arrived at the London venue by black cab. A beautiful large private house in an exclusive area of London, he explained.

Showing his ticket on entry, they made their way into the foyer where a free bar had been setup. Some stools were nestled around the bar and with ow a drink in hand he decided to bunker down and watch from the outskirts of the party. He wanted to see how this event worked. His friend had been to several of these events and quickly joined the party.

At this point, Im going to call my client Robert.

Robert could see many people of all ages, some were dressed in their finery, some were mingling semi dressed and others were naked, although still with their masks firmly in place.

One drink down the hatch for dutch courage and now on his second, his hand firmly around the glass, he decides now is the right time to mingle and wonder around.

He was approached by many women and men throughout the evening but declined all request until one women caught his eye as he was leaning against a door frame.

This classy women was scantily dressed with her mask still in situ. She beckoned him to come closer. In his words, whether he volunteered this comment to raise my spirits or because, because, I don’t know, but I was flattered by his remark.

He moved closer towards her and on her knees she crawled up to him and tipping her mask back as she unzipped his fly. Pulling out his now erect cock, she instantly took him in her mouth and sucking him hard until he exploded down her throat and continued to suck him clean.

“It was a hell of an experience” he said, “It sounds like you had a lot of fun?”, I remarked with a chuckle and with that he said “I certainly did!”

What did you do next?, I asked “I went and had another drink, sat at the bar for a while just watching the fun happening all around and then left to return to my hotel”. “Didn’t you wait for your friend?”, “Laughing”, he said, “no he was making a night of it!”

If you’ve had such an encounter, please share with all of us, we would enjoy the read. Email your stories through to contact@femalemasseuse.co.uk

Did you enjoy my clients encounter? let me know in the comments below 😁