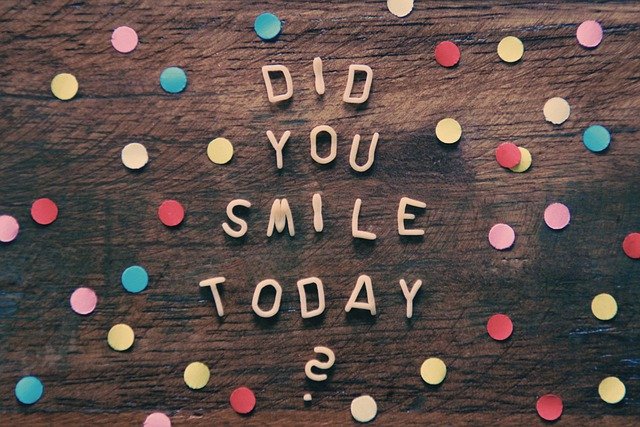 I can’t start this post without mentioning the passing of Prince Philip yesterday, a somber moment and a great loss for our queen and country. I’m sure you will all join me in wishing the queen and the royal family our deepest sympathies at this time.

On reflection, it brings it home how in the grand scheme of things, my life is fairly insignificant as I continue my journey of life.

It’s the weekend before my reopening on the Monday. I’ve been busy tweaking a few things and making sure things are as perfect as they can be for the big day. You can’t be to careful in trying to get things right…

I’m feeling a little apprehensive but excited to get back to somewhat of a normal working environment and so looking forward to enjoying the banter we share.

Crikey’s, what a rollercoaster we’ve all been on this last 12 months and at the very least, it’s been a journey of personal discovery. Let’s hope we don’t have to revisit lockdown anytime soon.

From time to time I catch myself drifting off to another place and time, Does this happen to you?

One memory is of a friend of mine who was/is in my bubble. A funny moment which always make me laugh inside when I think of it and, as I tell you about it,  you will see I have a warped sense of humour.

This friend of mine is a fairly hairy man and with age has become hairier, bless him.

By character, my friend is fit and strong. The brave kind, the one you will send into battle and hide behind but with a soft centre. So keep this in mind as I tell you about this memory.

He reached out to me, knowing I offer and i’m qualified in body waxing. It was something he always wanted to do, to remove the hair from his back but never really bucked up the nerve to go through with it until now.

Initially we talked about the procedure, the pit falls and what benefits he would gain. Although he was looking forward to have a hairless back, all he was really worried about was the pain factor!

He kept reiterating how he doesn’t like pain and that he could possibly end up crying. I smiled and let out a chuckle, “don’t laugh” he said “I’m being honest!” This hugely strong strapping form of a man was telling me this in all sincerity.

I pulled myself together as I could see he was extremely concerned about the pain factor and explain that there would be pain. The first time is always the hardest and most painful and in a lot of cases, this is because as humans, we conger up the worst possible possibilities that could arise from the unknown.

A couple of days had passed and he was back on the phone telling me he’s researched what happens and he want’s me to wax his back. “Ok but only if you are sure, I will happily work with you”, I told him and it was a good chance for me to brush up on my skills.

The day had come and previously I had popped out trying to purchase some antiseptic spray with a numbing agent but I was unlucky. I ended up buying some numbing cream especially for him only because he was so worried about the pain.

Shirt off and face down, I asked him a serious of questions then asked if he wanted to try this numbing cream I had bought. “Yes, yes” with no hesitation was his answer. I covered his back with this cream and we waited for a while and I inspect which was the hair was growing. Lots of different areas with lots of different patterns of growth.

I took my electric hair trimmer and ran it over parts of his back so the hair wasn’t too long, again this will help with the pain.

Again, I asked him if he was sure and should I start? “yes let’s do this” he said. Ok i’m apply the first hot wax. Hot quick drying wax, lifting one end and holding the skin taught, I said “i’m going to pull now are you ready?” “yes do it” he said, “ok, here goes”.

He’s body had tensed up and I could see his hand were clenched, I pulled it quickly and touched the area with my other hand to help sooth the area. “Ow ow ow” he yells, “that bloody hurts!”

“Think of the end result” I kept telling him… “are you happy for me to continue?”, “Yep”.

I continued the waxing and completed the first section which was only a quarter of his back and he said “are you nearly finished yet?”, “No, I’ve only completed one section and there’s 3 more to go”. He said “I don’t know if I can manage much more”, but he asked me to continue.

Moving swiftly onto the next section, this is where it starts to take shape. I’m applying the wax and pulling quickly and his body is arching and the ow’s his yelling are getting louder.

One side completed and moving on to the third quarter. I apply the wax as before hold the skin taught and pull as quickly as possible and his body writhes and he yell out “you bitch” with his out bust I start to chuckle inside but continue. This time he throws his legs and arms up in the air and again he yells more aggressively,”you bitch, you bitch” with this I can’t contain my laughter and out it flows uncontrollably, I’m laughing so much, its proper belly laughter.

He looks at me as tears of laughter are rolling down my face, his face red and glistening with perspiration, he’s smiling at me through gritted teeth and said “are you enjoying this?”, “no but you’re so funny” I said. “Funny?”, “I’m sure your enjoying my pain!” Trying hard to stop laughing I said “if you stop moving around and dancing like a dying fly then it wouldn’t make me laugh”, He gives my one of his sly smirks and said “yea right and chuckles!”

Now with my laughter sort of under control, I continue but with every strip I pulled,  he yell “ow you bitch, you bitch” and his body continues the dying fly dance.

Then comes the the tidying up. Occasionally some stragglers (hair) is left behind, this is when you reach for the tweezers when the wax won’t remove them and remove those stranglers. Omg my poor friend couldn’t handle anymore, he let me tweeze a couple but that was all she wrote. He was so done bless him, but he was sooooo funny!

We laughed together at his reactions, once the treatment had finished he could see how funny his reactions were. I asked him, “honestly, was it as bad as you thought it would be?” He laughed and said “yes and no”.

This time I will put my professional hat on and try to contain my laughter…. It’s not very professional when your therapist laughs at your dying fly dance!

Thanks to my friend for trusting me on his first treatment, for making me laugh so much and booking another treatment with me! Let’s hope he doesn’t do the dying fly dance again lol

Oops their I go again, i’m laughing just thinking about it…. shame on me!

Thats all people, have a good day and take care of you and yours,

Share your funny moments with us, email them through to contact@femalemasseuse.co.uk