Life is a Rollercoaster – True Story 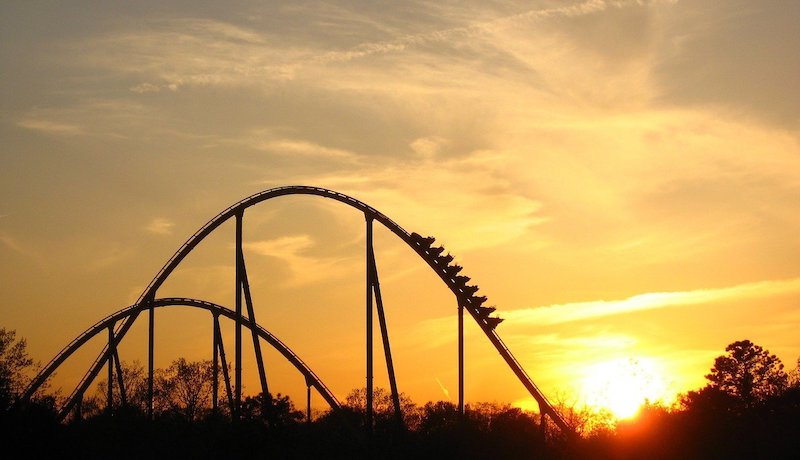 Life is a Rollercoaster – True Story

Life is a Rollercoaster…

Life is a Rollercoaster

I’m back to work today, hooray!!

This story won’t appeal to everyone but i’ve written it for people who are going through a breakup.

Breakups are never easy and i’m sure we’ve all experienced one or two in our lifetimes. There’s always one person who comes off worse even though you don’t set out to hurt the other but time will become your friend. This is my story of a breakup.

My partner and I had been dating for a while, we were inseparable from the 1st day we met everything was just right. He worked away for a few months at a time but would text everyday and email each other with stories and a few pictures to keep things interesting. On his return we would fall back into where we left off and the longing to be in each others arms intimately was immense.

In some pervious stories with this man, I have mentioned that this man was 7 years my junior. It didn’t seem to matter initially, when there was just the two of us together, we were very happy and nothing seemed impossible.

He grew up in the vicinity and had many friends and acquaintances and, they were all around his age group. This was and could be a little intimidating. People are judgmental and always seem to have a voice behind your back. It’s not often when someone has an opinion and says it to your face.

I learned by his own admission, he had been the boy about town, a Jack the lad type, a love them and leave them kinda guy. This didn’t phase me, this is not the man i’ve met,  everybody has a previous life and why should I judge him, thats not who I am or what I do.

We had been food shopping in his local supermarket, I guess we were all loved up walking down the aisles and oblivious to who else was in the shop. We paid for our things and back to his we went for an intimate evening of fun and lots of love making.

A couple of days later my partner mentioned that a friend of his had seen us in the supermarket and questioned him, “what were you doing with an old bird?”. Typical remarks from people who are young minded, unworldly and happy to sit in judgment of others. Hurt by the remark but it was something I was completely aware of and I asked my partner (I will call him John) how he felt about this. He was quick to assure me all was ok and there wasn’t a problem. Looking back though, I believe this was the start of things to come, not many people will go against their piers.

You see, my character is this… I’m true softy and very trusting, I believe what you say because I don’t lie and expect others to be honest and respectful as I am. When i’m in a relationship, i’m completely in, giving my mind body and soul to the relationship. I hold nothing back and will do my damnedest to make things work. This is probably why I have been so deeply hurt by others in the past and now stay single. There is no room left in my being to have a repeat and feel the heartache that follows. In other words I don’t want to be used or abused in anyway, anymore!

Time had moved on, he took me to a soul night where a lot of his friends were accompanied by their wives etc. Apprehensive about meeting so many of them all at once but knew if I was to be judged then I was ready. I had the love of music on my side and knew without doubt I could hold my own on the dance floor and probably out dance most of them even though i’m likely to be older than most.

John had bought me a gin and tonic, god I needed that for dutch courage after all, I was walking into the lions den… I took a large mouth full before one of his friend walked up to John & I. He said “we are all sat down by the disco”. He was a nice man polite and seemed very respectful, he then introduced me to his wife and she seemed lovely too and she proceeded to introduce me to everyone else at the table. But, you always know when you’re being judged, call it a sixth sense.

Within moments, I had finished my gin and tonic. It was out of character for me, I’m not a drinker but I found the gin was numbing my nervous disposition. John quickly replaced my drink and the music was fantastic. Up I get to dance my socks off, I can’t be doing with whispers and women huddled together, it’s never been my thing. I spent most of the evening on the dance-floor doing my thing, John would join me with his seductive moves from time to time, raising an eyebrow from the table and in all, the night, because of the music was great.

Christmas was approaching and John had returned home from work, we had many great days and evenings together but for some reason, I felt things were not as they seemed. One night apart we had been texting and I wanted to see him but he said he can’t come over because he had friends over, he was having a bit of a party! Shocked and very hurt by his statement, I simply said “ok have fun!”, what else could I have said without being demanding. I felt crushed and unwanted, why would he not want me with him I wondered. All I could assume was I was not of the right generation and this action spoke enormously.

Still, we continued to see each other and when we did we were like two soul mates, we fit together intensely with magical chemistry. Our love making was amazing and always felt like the first time, a very hot steamy encounter.

Previously, John had mentioned on many occasions while in the throes of passion, “let’s make a baby”. It was something I believed he felt fairly strongly about! I was seven years his senior and having a baby wasn’t really on my radar and for other reasons, I knew, I couldn’t give him this and explained so.

February had arrived and things were different, he had started to change, his texts were strange and at one point suggested we take a break. Of course, this wasn’t on my agenda and not what I wanted to hear and after many texts the suggestion of a break up disappeared.

We started to have more time apart, he wanted to see and catchup with his friends, I understood that and didn’t want to be demanding.

A couple of days later my mother had flown in because my daughter in law had quickly become very ill.

John took my mother and I out for a pub lunch and everything seemed great, to the world we were loved up and my mother and him got on fairly well even though my mother calls it as she finds it.

Another couple of days had passed and John had phoned me and said “I want to break up”. I had had this feeling for sometime and even through my lurking insecurities were around, somehow, when we were together, his words and actions always reassured me all was good.

So yes, shocked and consumed with devastation. These were the words that no one ever wants to hear. I felt my world crumble into a million pieces, we had talked about marriage, living together, a career change and above all, babies. I felt used, betrayed and humiliated and these are only a few of the feelings I could put into words.

In my emotional state, I started to think of all the things I had given up, gone without, clients I didn’t take which in turn kept my income to just managing to keep the roof over my head. All because I put him first above everything, I believed and trusted him above all and thats what you do when you are in love.

I was completely irrational and in a fleeting idiotic moment, I sat down and counted all the hours of my time I had given him when I should have been working and drew up an invoice. I got in my car and drove to his house, god knows how I got there but I did. With my invoice placed in an envelope I rung his front door bell. He swiftly answered the door, he looked bewildered but pleasantly he invited me. I asked for my things I had left at his which he kindly got for me and then I gave him my invoice. Whats this he said “an invoice for my time” I replied. But but but came from his mouth and I left.

Something I regretted as soon as I had left.

He called me many times after I left but I couldn’t bring myself to speak to him, I was too hurt and would always end up in floods of tears. However, he did leave me many beautiful messages.

I was an emotional car wreck so much so that I felt I didn’t want to carry on. At that moment, I could have jumped off a cliff. It took me many months to mend my mind but heart was broken and only a plaster holds it together to this day.

A month or two had passed and I learned he was seeing someone else and it probably started way before Christmas as she was pregnant and due to give birth soon. My heart sunk as the news was told and the tears came once more, not because his girlfriend was pregnant. It was the irretrievable pain that had come from his lies and humiliation because of them. John’s friends had won the battle, they saw me as a non entity, an old lady that John was having a bit of fun with and i’m sure they all had a good laugh at my expense.

Strangely, I still hold John in high regard and have some wonderful loving memories of the time we shared. It’s just a shame the way it ended!

Time became my best friend, the healer to heal all. Eventually you can see a glimmer of light and one day you will wake up and the pain isn’t there anymore and another chapter of life starts.

Another hard lesson of life learned and one I will never forget!

So remember people, Life will always change and at your worst points hang in there as things will get better.

If you ever need a chat call me I can be a good listener and if you want to write your story as ipart of your healing process simply email it through in the knowledge of complete discretion to contact@femalemasseuse.co.uk