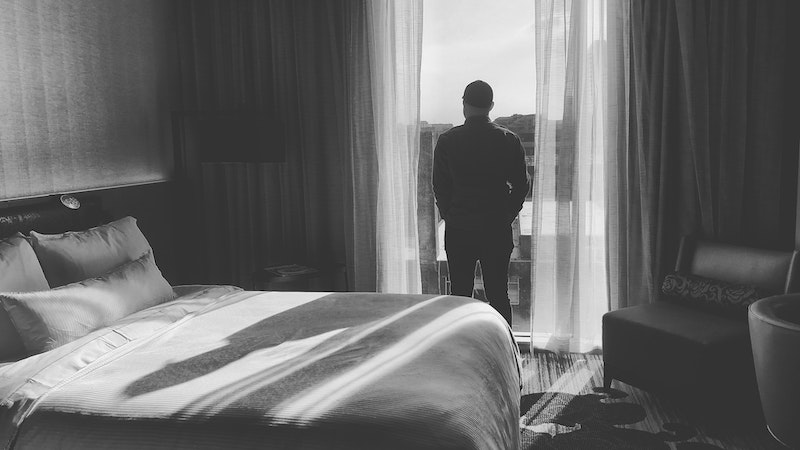 Over the years I have met many men who stay in unhappy relationships and I always ask why? It’s partly because of my curious mind and also because I really want to understand.

From my protective, that being a women, it doesn’t compute for me. If you’re in an unhappy relationship, surely  it’s better to change it, fix it leave it? To have a life with someone that makes you happy instead of living the rest of your life, which could easily be the next 30+ years in unhappy relationship?

Well, you would think so wouldn’t you but it seems thats not the case!

I understand that every relationship isn’t black and white and undoubtably, they come with there own unique set of challenges but generally men will won’t leave the relationship…

A few days ago I was reading many threads on a forum form both men and women who were openly discussing this very point, “why men stay in unhappy relationships” and it seems my findings are constant and everyday global reality.

One women in particular was talking about her unhappy relationship saying it took her a few years to buck up the courage to leave and ask for a divorce. It wasn’t until many years had passed did she realise her husband had hated her for 10 years of her marriage but still he did nothing about it and didn’t leave. So why is this, why do men stay in unhappy relationships?

Laziness is common with men, they cringe at the though of having upheaval within their personal lives. The thought of having to rejoin the single scene and start dating again has them stead fast within the unhappy relationship. They adopt the belief, it’s better the devil I know and convince there-selves they won’t find a better partner. Someone who will put up with their quirks, maintain the home and cook and clean for them. With this mindset, they men believe it’s easier just to stay where they are.

Selling the house, maintenance payments and possibly losing part of their pension. Its completely unappealing and men will abruptly dismissed leaving as an option. They would rather stay in the unhappy relationship than having to lose their financial standing within the community. They feel they’ve worked to hard to give their standard of living away and will suck it up and continue as they were.

We always think of men as going to work while the woman deals with the children and in a lot of cases this would be true. But when a man starts to considers the thought of leaving the unhappy relationship, the thought of not seeing his child/children grow up around him daily becomes a factor.

Maybe he would get to see them every other week and if so, he would then have to change his life to become a career, cook, cleaner, playmate, and find time to drop and collect them from school, all while holding down a full time job. It’s a scary thought for many men although some have the infrastructure in place, others don’t. Also, many men won’t accept not seeing their children daily and want to be a constant stay in their children’s lives.

This is quite a significant find. Men have the capabilities to compartmentalise their lives with ease, enabling them to stay the course within the unhappy relationship. Men will categorise and suppress their feelings constantly, placing something which isn’t working into an imaginary box somewhere within their brain so they can continue and function within their daily environment.

Affairs happen but nine time out of ten a man didn’t set out to have an affair. All the above come into play! When a man is an unhappy relationship and is suppressing his feelings, bouts of loneliness and loveless feelings arise.

If a man is honest, he will tell you he misses intimacy, the touch of a women, a kiss or simply a cuddle to make him feel whole again. Sometimes the longing for intimacy he searches, is found in another’s arms and occasionally this intimacy will grow into something more. The feelings he has for the other will start to out way the unhappy relationship he’s in.

This seems to be the findings, a man, usually, will only leave the unhappy relationship when he has the complete  love of another, giving him the strength and security to leave and giving him somewhere else to go.

Wow, definitely an eye opener in many ways…

Do you disagree with my findings? or maybe you have something to say on the matter. Comments are open so get your fingers hitting your keyboard and leave a comment.

It’s always nice to receive your content for future post giving a different look at situations. Pls continue to write your interesting articles and stories for my readers and email them through to me at contact@femalemasseuse.co.uk Thank you 😁